Defender Jan Vertonghen was part of the Tottenham Hotspur squad that trained today ahead of tomorrow’s Champions League clash with Ajax.

Reuters report that Vertonghen was an injury doubt for the match having been forced off in the first leg of the semi-final last week.

The 32-year-old was substituted during the 1-0 defeat to the Dutch side after colliding with defensive partner Toby Alderweireld. 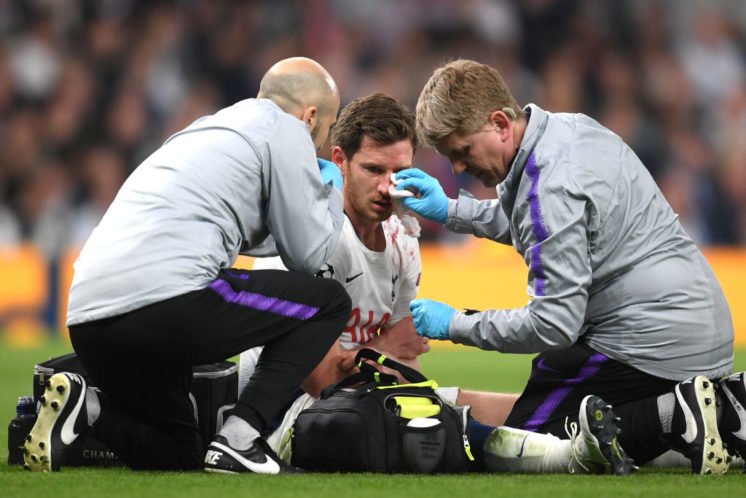 The incident raised concerns amongst the wider footballing community about the handling of head injuries after the Belgian was allowed to play on before seemingly struggle to stand and being forced off.

The ex-Ajax man wore a face mask during today’s session and is believed to be available to Spurs boss Mauricio Pochettino in Holland tomorrow.

(Vertonghen) returned to training, continues to be monitored and will wear a face mask to protect the nose.

Fellow central defender Davinson Sanchez has been ruled out with a thigh injury, but in better news striker Son Heung-min is available for selection after serving his suspension.

Would you risk Vertonghen tomorrow night? 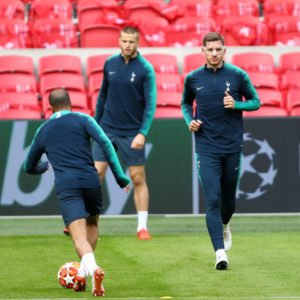 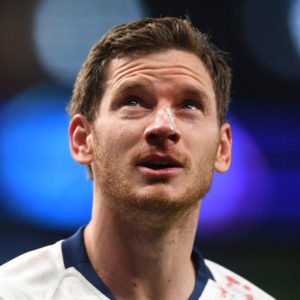