Tottenham have the strongest first team in the country.

This could be argued against but the fact is that from Hugo Lloris to Harry Kane, there are no frailties. Any flaws from last season have been suitably plugged.

Whilst everyone has their attention focused on the likes of Chelsea, City, Liverpool, and even United, Spurs are truly the side to beat.

The team is on a fantastic run of six wins, conceding only 3 in the period, including the emphatic and convincing win that ended Chelsea’s unbeaten streak.

Last weekend saw Spurs record a 4-0 win against bogey rivals West Brom with golden boy Kane netting a hat-trick to take his league tally up to 13.

They ended the matchday in second place, capitalising on City, United and Liverpool all dropping points.

Whilst slowly making their way up the table, Tottenham still seem to be going relatively under the radar though, working quietly and effectively.

The team, whilst unbeaten earlier in the season, hit a sticky patch before December that saw only one win in ten games.

Since then the team hasn’t looked back, and will be keen to extend the run of seven consecutive wins in all competitions which came in the busiest patch of the year.

It’s become quite clear over the past couple of seasons now that the work this Pochettino team puts in during pre-season has come to fruition, and they’re bearing the fruits of the close-season labour as they sit nicely in second.

The standout player at the moment who has taken to the Pochettino way tremendously and who can do no wrong is Dele Alli. He was a revelation last season but this season he’s bettered himself.

The 20-year old has been a sensation, and already at double figures for the season, helped by the hat-trick of braces over the New Year period. He’s also slotted himself in Premier League history. The 20-year old has become the first midfielder to score a brace three games in a row, and his quickfire 20 goals in 52 games is bettered only by ex-Spurs Rafa Van Der Vaart and Southampton legend Le Tiss.

Whilst Alli’s form has earned him the back pages, the good work of the more established Eriksen has seemingly been overlooked by many. It can’t be forgotten how good a player he is, and Tottenham fans know better than to take him for granted.

The Dane’s been a consistent figure for Tottenham since he signed in 2013 and had a hand in 59 goals in his Premier League career. 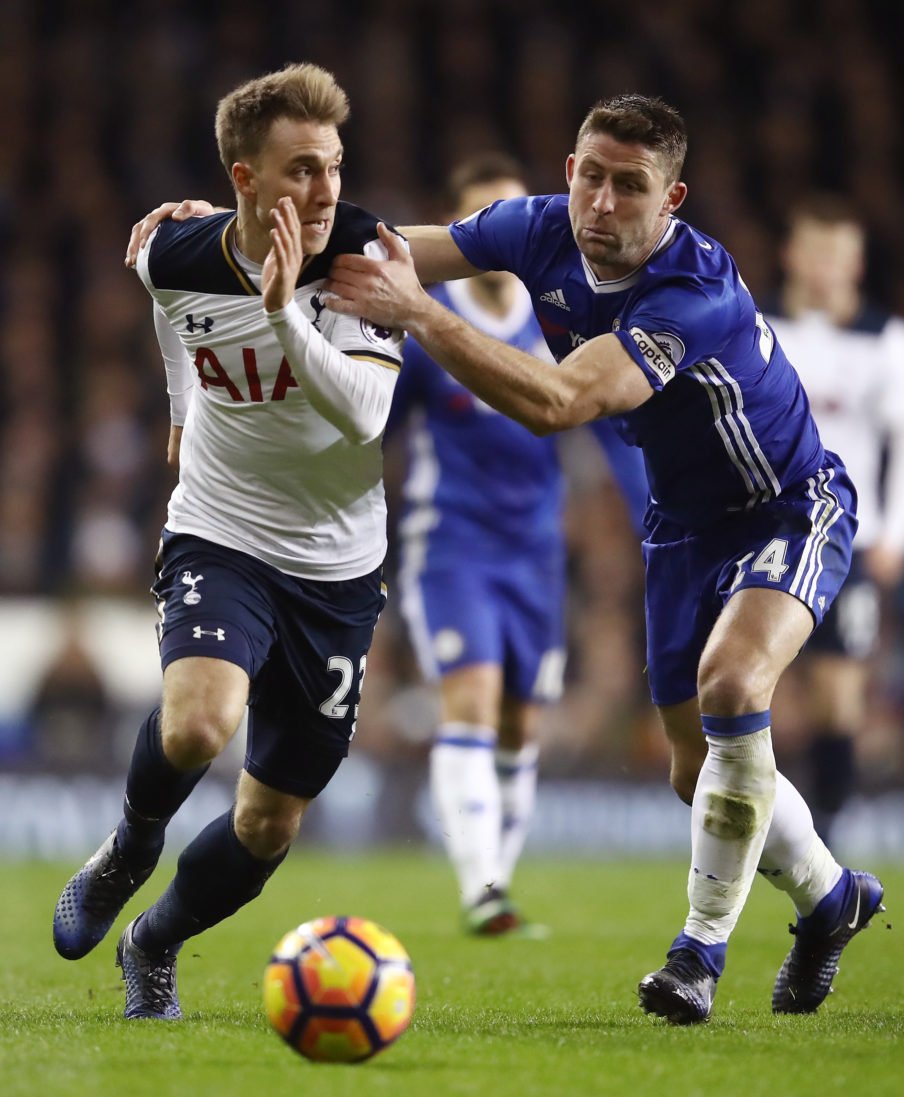 Wanyama is another player who has hit the ground running without a doubt.

Bought over the Summer from Southampton, many fans would have been satisfied with a good signing, and one who could play second fiddle to Dier and Dembele.

However, the Kenyan is proving to be quite the signing and Kante was very much in his shadow in the recent London derby versus Chelsea. In fact, he made as many tackles as the whole Chelsea defence combined (5).

The two standout players this season though have to be full-backs Walker and Rose. With Pochettino employing a back 3, both players have been gifted the license to the offensive freedom which perhaps limited them before.

Both have improved dramatically, in all departments, and rightfully earned consistent starting places.

Plainly, Tottenham can win the title.

They have the team with the best defence in the league, and possess a wealth of good form in offensive areas; anyone will do well to beat them.